A documentary/ commentary film about German Half Tracks and reconnaissance vehicles of World War 2. Describing the evolution of designs and how they worked together and their main roles. Some interesting footage from the small tracked motorcycle Kettenkrad through to the heaviest 18 ton half track. Many variants of radio reconnaissance touched upon showing their less than obvious wire frame antenna’s. 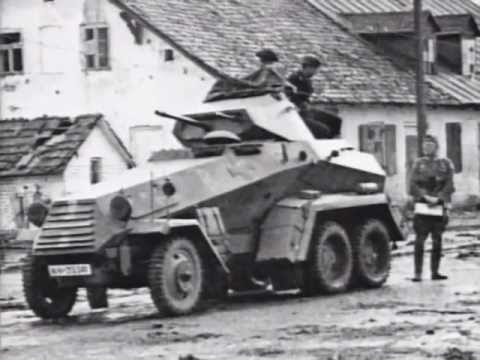