Our good man from ‘down under’ in Australia, Dave who runs the EEVBlog takes us through a teardown of the venerable Sinclair FTV1 ‘Flat screen’ CRT Pocket Television from the 1980’s. Producing his trusty whiteboard the technical discussion leads through a rough and ready theory of operation together with circuit description – useful if you were too young and penniless to actually own one when it was worth owning one.

Oddly though the £4 million investment in 1980’s money [Och!] to produce the product was never recovered from lack luster sales of only 15,000 units, with some 30 years having passed the FTV1 still puts in a regular appearance on Ebay.

If your gleefully holding one in your sweaty hand wondering if its rare or even valuable, don’t expect it to make a contribution to your pension fund – it didn’t for Sinclair when it was new and exciting, and certainly won’t now 🙂 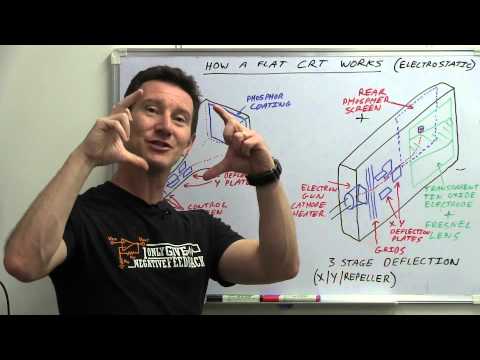